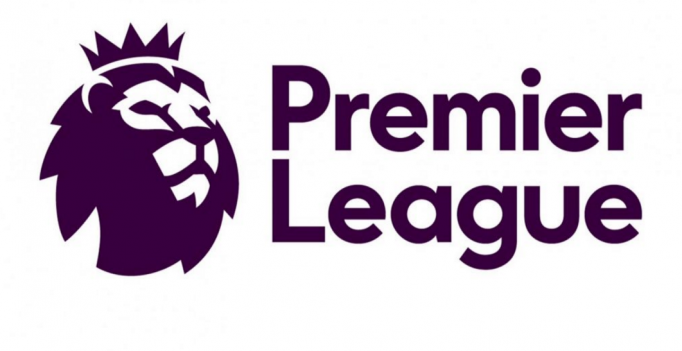 I am glad to present you another article by Sam Shan. Here are his thoughts and insight to Premierleague Outrights.

“Well it’s that time of year again. With the new season about to kick off, it’s time to look at the Premier League futures markets. All of the usual suspects have had a busy summer and I for one cannot wait to see how the season plays out.

The Contenders
The bookies have Manchester City (2.87), Chelsea (4.5) and Manchester United (4.5) as their three favorites, so let’s have a closer look and see if any value can be had.

Manchester United
Jose Mourinho and Manchester United had a very disappointing season in 2016/17. They finished up 24 points behind champions Chelsea which is a huge gap to make up this term. The major signings of the summer are Matic from Chelsea for £40 million, Victor Lindelof from Benfica for a hair over £30 million and Romelu Lukaku from Everton for £90 million.
The major names to exit Old Trafford this summer were Zlatan Ibrahimovic and Wayne Rooney. Zlatan, in particular, was United’s main source of goals last season. Even with the Swede United only managed 54 goals last season, which is well shy of the 90+ scored by Man City, Spurs and Chelsea, so there is huge pressure on Lukaku.
Personally, I think he is set for a huge year and will finally realize the potential he clearly has, but he is one man and he will surely only make up the goals that will be missing since Ibrahimovic has left.
Paul Pogba had a pretty average first season at United, he is another young superstar with a huge price tag and perhaps even more potential than Lukaku. The young Frenchman has so much ability though and I believe this could be his year to come good now he is sharing the limelight with some others.
Matic from Chelsea is a sharp purchase. The Serb has been a consistent performer in the Premier League and he will stabilize the midfield allowing the more creative players to do their thing.
New boy Lindelof will bolster the backline and all in all Jose Mourinho has done some excellent business this summer. A top four finish seems a sure thing, but I don’t think they will have enough to win the title.

Chelsea
The defending champions are also opening up at 4.5 for the title at the moment. The Blues topped the table last year with great help from Diego Costa, it looks only a matter of time before the frontman is on his way and he will, without a doubt, be sorely missed.
Chelsea have brought in Alvaro Morata from Real Madrid for £70m. Morata is a class striker no doubt, but he is a completely different animal than Costa. Having said that in terms of minutes played there are few that can match up to Morata’s record, so it will certainly be interesting to watch the Spaniards first season in the Premier League unfold.
Monaco’s Tiemoue Bakayoko has also been brought in for £40 million and he will certainly compliment Kante well in the midfield. Rounding up the major transfers in we have Antonio Rudiger, who signed from Roma for £34 million. The German is a great addition to the Blues back line and I personally think he is tailor made for the premier league.
The business has been good for Chelsea, but their squad is still very thin on the ground. They got by with a slim squad last year because the manager had the advantage of having no European football to contend with.
This year they have the pressure of being defending champions, a full plate in terms of European football and all other domestic competitions and I think this will take its toll on the squad.
The manager already seems to have a pessimistic mindset about the season and has looked agitated in almost all interviews. He himself has declared this will be his toughest season in management.
Couple all of this with the fact that no team has successfully defended the title for close to a decade and I think Chelsea are set to fall short this year. No doubt they will be contenders, but not the winners for me.

Manchester City
Pep Guardiola’s first season at the Etihad is one he would like to forget. The Sky Blues came away empty handed in terms of silverware and it was the first time the manager has finished outside of the top 2 in his career.
Last season Pep brought in Claudio Bravo as a replacement for Joe Hart and it’s safe to say that plan backfired. This has now been addressed with the acquisition of Benfica’s Ederson for around £35 million.
We all know and love Pep’s all out attacking style, perhaps the most demanding position in a Guardiola team is full back and two new signings have been brought in specifically for that style.
First off is left back Benjamin Mendy who signed from Monaco for £52 million and on the right side City have snatched Kyle Walker away from Spurs for an initial fee of £45 million. Both of these players are huge improvements on the aging back line of last year and will improve the team more than expected in my opinion.
They have also managed to keep hold of Aguero who has been City’s top scorer for the past 6 seasons, which is a huge boost for the club. Jesus looks a phenomenal player who just gets better and better. I fully expect those two to bag a hat full of goals this season, especially considering they are supported by the likes of David Silva and Kevin De Bruyne who in my opinion are the two most talented midfielders in the Premier League today.
Another of Pep’s summer signings is Danillo from Real Madrid who is a versatile player who will slot in at midfield or defense as required.
I think it is safe to say Manchester City are the clear favorites and I haven’t even got to their MVP. I really think that if Kompany can play the majority of the season that city could run away with the title. They have some of the world’s best players, arguably the best manager in the world and let’s be honest, they could easily spend another £100 million plus before the window closes.
The one question mark over City is will they even defend at all? Like I said, Guardiola just seems to want to attack attack attack and has a complete disregard for defending. Even the defensive signings he has made are more attack minded than defensive (Walker & Mendy). Having said that they really do have the ability to outscore anyone with all of the attacking talents at their disposal.
Despite the fairly short price I will be backing them accordingly.

Have Tottenham fell behind?
Spurs have had a great time of it in recent years. They have performed consistently well and considering they once seemed like a team who would never lift the title it has been within reach on numerous occasions.
Harry Kane is the real deal and thus far they have managed to keep him. The lineup is still littered with young and exciting players, but they have done next to no business this summer in terms of strengthening their squad.
They have in recent years surpassed their North London rivals Arsenal, but it seems to me they’re now replicating some of the same mistakes Arsenal have made in years gone by. The Gunners have been criticized time and time again for not spending and we have seen them fall away from the others that have.
Spurs will also be playing home games at Wembley this season, this may have been slightly overestimated by many, but surely will have some impact considering how much home advantage plays into results.
Gone are the days of the premiership being the top 4 and everyone else, it is the toughest it has ever been and I am not sure Spurs have enough to compete with the others. I think 2.1 at Skybet for Spurs to finish outside the top 4 is a good bet.

Dog Fight
As ever the bottom of the table will be an absolute dogfight. It really is so hard to predict. Clubs will likely see changes in personnel on and off the field if they find themselves struggling come Christmas.
Right now the bookies’ favorites to go down are Huddersfield (1.66), Burnley (2.25) and Brighton (2.2). It is no surprise to see that two of the new boys are favorites to drop straight back down.
It is hard to argue with this, but there is not much value in those prices, so let’s take a look at some other markets.

Huddersfield to finish bottom (3.75 BlackType)
The bookies are right to have Huddersfield as favorites to go down, it seems only a matter of time before that becomes a reality, but 1.66 is a little too skinny for me. However, I think 3.75 to finish bottom is a great price.
They only managed fifth in the Championship last season and despite doing quite a bit of business over the summer they have brought nobody in who will set the Premier League alight.
England’s top flight is a huge jump in competition and will prove all too difficult for Huddersfield.
With other clubs strengthening more day by day as well as having Premiership experience I foresee nothing other than dead last for the Premier League new boys.”

OneSharpGambler: I have no doubt we will have an amazing and exciting Premierleague season. Obviously, this is not the league to look for bookmakers mistakes – it is analyzed to the smallest detail. But even most disciplined punters like to have a small bet just to have more exciting game. And who can blame them?
I am really disappointed Spurs decided to change their stadium this year. They would have been my main contenders for the title.
Swansea to go down if you can find odds around 4, worth a shot. I expect them to struggle, especially if the main man Gylfi Sigurdsson will be sold.
Fun bet – bet365 have trebles to be relegated. I would go for Swansea/Huddersfield/Burnley @ 34.

If you are looking for very deep analysis by the team, look no further. Here you can find all the info you need.

At the same time, Betfair is offering 2% commission on all match odds bets in Premierleague in August.

Good luck to all of you! Meanwhile, do not forget to Sign Up for our Newsletter and join OneSharpGambler Fantasy League and win €100! There is no reason not to join. It is free!