Where does the favourite-longshot bias come from? 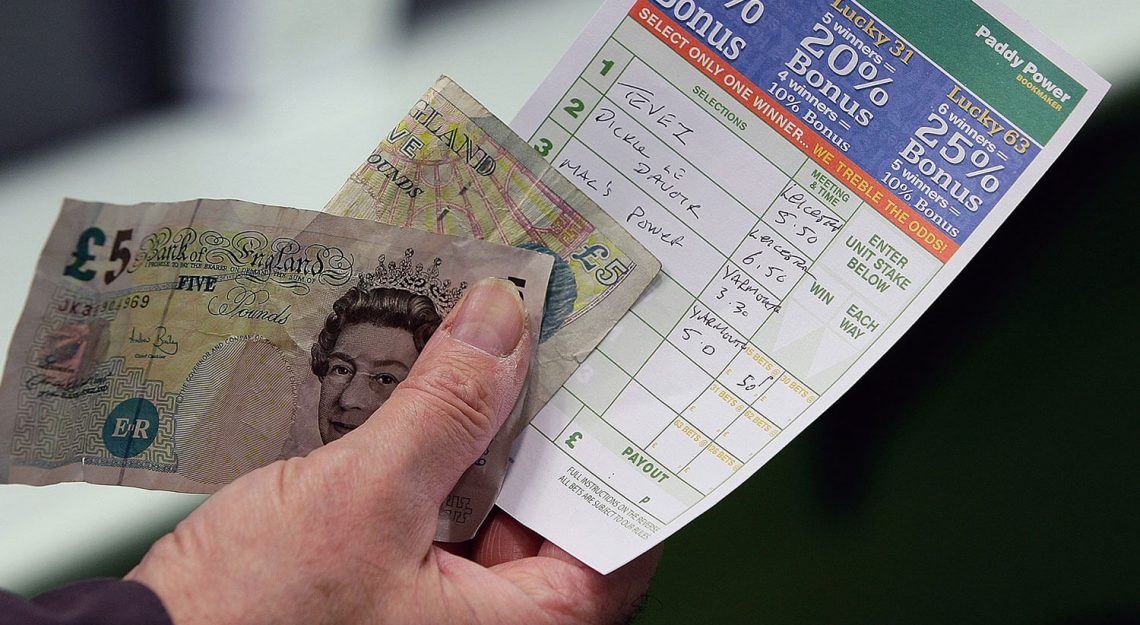 Where does the favourite-longshot bias come from?

The favourite-longshot bias has a major effect on sports betting, but we tend to view the phenomenon through the prism of the bettor, rather than the bookmaker. This article serves as an attempt to readdress that balance and provide a fresh perspective on something every bettor should be aware of.

The favourite-long shot bias refers to when bettors tend to overvalue longshot selections and undervalue favourites. In simple terms, this is a form of bettor irrationality – and bookmakers, as they always do, react to it. In this case, they shorten their odds as a response to this common behaviour. And that, of course, is bad news for those looking to maximise their returns.

Yet it could be the case that the favourite-longshot bias is actually a product of bookmaker rationality. That is, the bookmaker may have discovered an optimal strategy to apportion the margin between the favourite and the longshot.

Splitting the three per cent margin equally, the odds would be 1.227 and 4.651, and the expected return from the favourite is thus -1.8 per cent and seven per cent on the longshot. This is the favourite-longshot bias in action.

Sticking with the above 20 vs 80 per cent example, we can plot the respective expected returns when half of the money goes to the favourite and the remaining half to the longshot. In such a scenario it would be beneficial for the bookmaker to make the favourite as long a price as possible, and the longshot at the shortest realistic odds.

However, if the money is not split 50-50 then the situation changes. In general terms, though, it is usually good practice for the bookmaker to drift the favourite and shorten the longshot; after all, the company will not know the amount of money placed on Team A and Team B when it comes to setting the odds in the first place. The bookmaker will want to receive more bets on the longshot than the true probability, because this provides them with a reason to shorten the longshot’s odds and, in turn, increase their expected return.

‘Risk adjusted return’ refers to the changes in the money we can expect to win based upon the amount of risk present in the bet. In simple terms, if we take a bigger gamble, we expect to be able to receive higher winnings should we be successful. If the return between two potential wagers is the same, a smart bettor will always choose the option with the least amount of risk attached. The bookmaker is aware of this, and if he miscalculates when it comes to calculation odds, the greatest financial penalty will probably come in the form of longshots at higher odds.

If a bookmaker distributes the margin proportionally in the example we used previously, the odds would stand at 1.21 and 4.85. We already know that the expected return is 2.91 per cent for both of these odds. So, the question is: would a bookmaker favour 100 bets on the 1.21 option, or 100 bets on the 4.85 alternative?

A simulation of 1000 bets on each of option A and option B, repeated 5000 times, produces some interesting results. The standard deviation of returns on the favourite was 1.5 per cent; on the longshot it was much higher, at 6.2 per cent. That means any sensible bookmaker would prefer to lay the favourite because the risk is not as high.

If a bookmaker was to lay the favourite in instances when the expected returns are equal, they would naturally want to lengthen the favourite’s odds and shorten those of the longshot. Remember, there is not one set formula applied across the board here; each bookmaker will have different views, and some will be more risk-averse than others.

The choice facing the bookmaker here is not so clear. If he lengthens the favourite’s price and does the opposite for the longshot, a favourite-longshot bias will appear in the market. But does the situation change if the proportion of money placed on each option changes?

This time, envisage a bookmaker looking to choose the right odds – while maintaining the three per cent margin – having accurately determined probabilities of 20 per cent and 80 per cent. When exactly half of the bets are placed on the favourite, the average return is 4.5 per cent and the standard deviation is 4.3 per cent (with odds of 1.23 and 4.65).

Now let’s vary the proportion of money wagered on each side. Following the same example, assume again that a bookmaker accurately determines probabilities of 20% and 80% in 1,000 independent events, and is deciding where to set the odds (maintaining a 3% margin). One 1-unit bet is placed on each event, and the bookmaker’s total return is calculated. I simulated this scenario 5,000 times for varying proportions of bets on the favourite and longshot. The average return and standard deviation of returns is plotted in the chart below.

The number above each point is the proportion of bets on the favourite. For example, consider the yellow line at point 0.5. This point represents the average return (4.5%) and standard deviation (4.3%) with prices 1.23 and 4.65, when 50% of bets were on the favourite.

If the bookmaker altered the odds and the same proportion is placed on each option, shortening the favourite would lead to a reduction in expected return (to 3.7 per cent) and a rise in the standard deviation to 4.4 per cent. Needless to say, this would not be a sensible move for the bookmaker, so they are unlikely to ever do this.

However, shortening the outsider would increase the expected return to five per cent and cause a decrease in the standard deviation to 4.25 per cent – a much more favourable scenario. As discussed previously, taking on more risk requires compensation in the form of a higher expected return. And as long as the proportion placed on each option remains the same, the bookmaker should always shorten the odds of the longshot.

Bettors react to price changes, and if odds increase we can expect more money to be placed on that particular selection. Similarly, if the bookmaker lengthens the odds of a favourite, we can expect more bets to be placed on that outcome. The proportion could increase by as much as 12 per cent to 62 per cent before the bookmaker would anticipate a drop in expected return, while also taking advantage of a reduction in standard deviation from 4.3 per cent to 3.7 per cent.

In conclusion, introducing a favourite-longshot bias in the odds would be an astute move for a bookmaker from the perspective of risk adjusted return. If a bookmaker is inaccurate, the biggest financial penalty will probably come in the form of longshots at higher odds. A favourite-longshot bias is thus beneficial for the bookmaker in more ways than one, because it allows them to get a better understanding of how their customers bet.

The knock-on effect of this information will be to help them optimise their risk adjusted expected return when it comes to calculating odds and distributing the margin. To that end, prices which feature a favourite-longshot bias may not solely be the consequence of biases held by bettors; it is just as probable that they are the result of a rational bookmaker sensibly managing the risk.