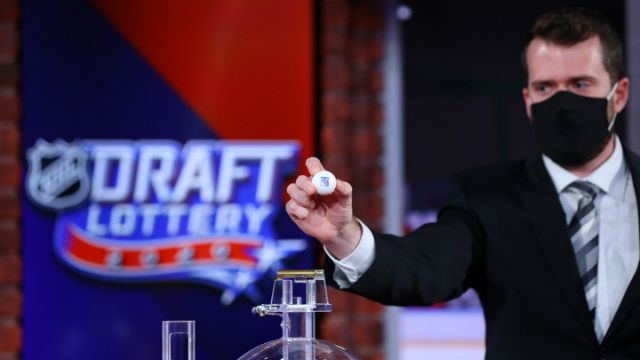 For years, the National Hockey League has been looking for ways to further change up the drafting process. Drafting is a major part of the NHL, and has become a key way for teams to pick up the stars of today and tomorrow. However, talk has been ongoing for a significant change to the way that the NHL Board of Governors could organise the draft system. This looks set to happen now, with the BoG deciding to approve a comprehensive change to how the draft lottery format is going to work moving forward.

These changes in the lottery is going to help limit the process, ensuring that No.1 picks are limited to two per team across a period of five years. Indeed, one of the major changes expected to be pushed through would mean that a team can only jump a maximum of ten slots in the lottery win. This stops teams who don’t need such a high draft pick from landing lucky and flying up the standings.

Also, it would see a change in how the lottery works, with the number of picks decided by lottery dropping to two. At the moment, that number sits at three. These changes were first reported by sports media at the start of the month, and it now looks like these new agreed-upon rules will come into play in the near future.

However, don’t expect all of those changes to be implemented at the same time. Given the short notice of the changes, it is highly likely that such changes will not come into effect until 2022 for most of the new rulings. One ruling that is likely to kick in this year, though, is going to be the ruling which is built around the number of picks. That is set to come into place now.

When will the 2021 NHL Draft take place?

At the moment, the NHL Draft is set to take place on the 23rd or the 24th of July, 2021. The draft will be one of the most exciting in a while, many believe, and the new format will help to add a different layer to the entire process.

NHL drafting has been a part of the league since 1995, with the format changing several times in the 25-years since it first came into action. The most recent changes took place in 2016, and this new format will allow for teams to have the chance to build a more competitive all-around league.

Various reasons are being suggested for the change, not least the fact that the NHL has a habit of updating and modernising rules and regulations on a daily basis. It is expected that this will have an impact on the number of teams who choose to ‘tank’ in the future, and could play a role in making sure that a wider berth of teams has the opportunity to really go and compete at the top-end of the NHL for the Stanley Cup in the future.