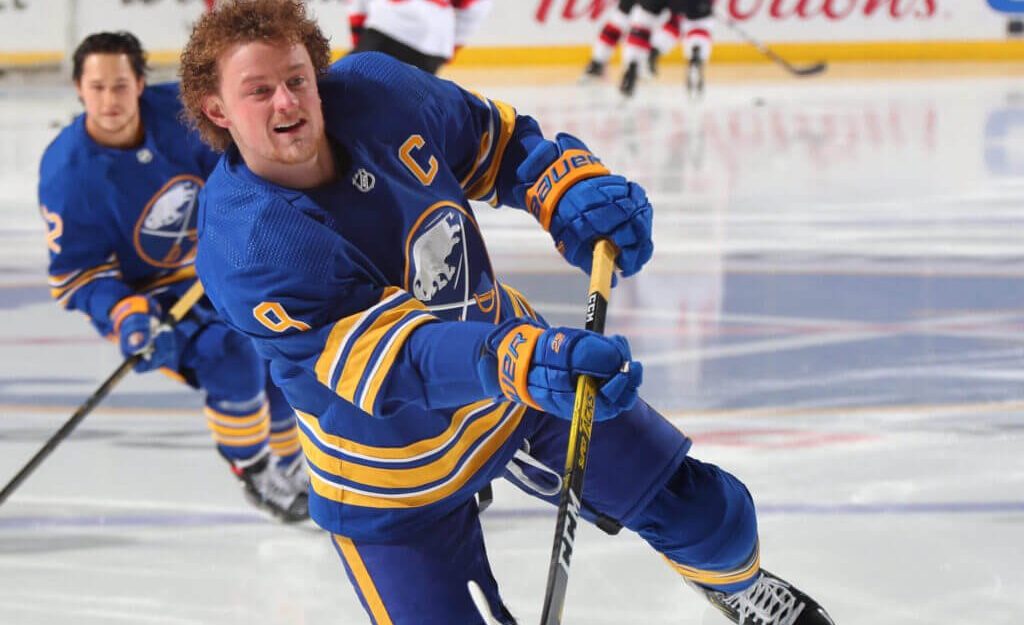 The NHL can be one of the most physically demanding sports leagues in the world to play in. Those who have enjoyed long careers on the ice tend to find themselves facing all manner of physical maladies as they age and grow. However, one player who has seen more injuries than most is Jack Eichel. The current Vegas Golden Knights player has been through injury hell, currently recovering from a neck surgery process that was needed.

However, as is typical with the No. 2 pick in the 2015 NHL Draft, Eichel is confident of not only returning, but improving upon his game. At only 25, there is clearly room for development on the ice and Eichel looks set to get that improvement out of himself. Having missed out on the Stanley Cup Playoffs when he was part of the Buffalo Sabres, Eichel was clear he wanted to finally experience postseason hockey.

The move to a team that has been part of the playoff picture since 2018, then, seems like a logical move. Knights fans are obviously excited about landing the talented center, who is recovering from a herniated disk. However, with his injury issues building up and often focused on the kind of long-term injuries that can hurt a players development, some fans are worried. Have the Knights overcommitted in this deal?

However, a player who has consistently reached high scoring and assist numbers feels more is set to come. At a press conference discussing his recovery and future, Eichel was very positive about what the future is going to hold.

What did Jack Eichel say about his injury issues?

Eichel was present on Monday to speak about his physical condition and also his game development. With so many injuries, and such a serious injury in particular, fans were eager to know what the next step in development is. When quizzed about if there was more to come, Eichel said: “I think I’ve got a lot more. I think I’m only scratching the surface.

“Yeah, I think the season a couple years ago, I think that that was sort of the start of the way that I want to make an impact. Coming in here there’s some really good hockey players, and I think this kind of environment, the culture here, is only going to push me to become better.”

He was also asked about what his motivation levels were like given his injuries. On that, he noted: “I think there’s a lot more in me, and this is about as motivated as I’ve been. I think there’s a lot of people out there that may be doubting me or don’t think I’m going to get back to the form I was in, so look forward to putting all the doubts to rest and getting back to the level that I believe I can play.”

So, this sounds like a player who is almost certain he will be back as good as new – if not better – in the near future. Given the sheer level of physicality in the league, body confidence is essential. Eichel, then, sounds ready to move on from his injury hell and to find a new level of performance.