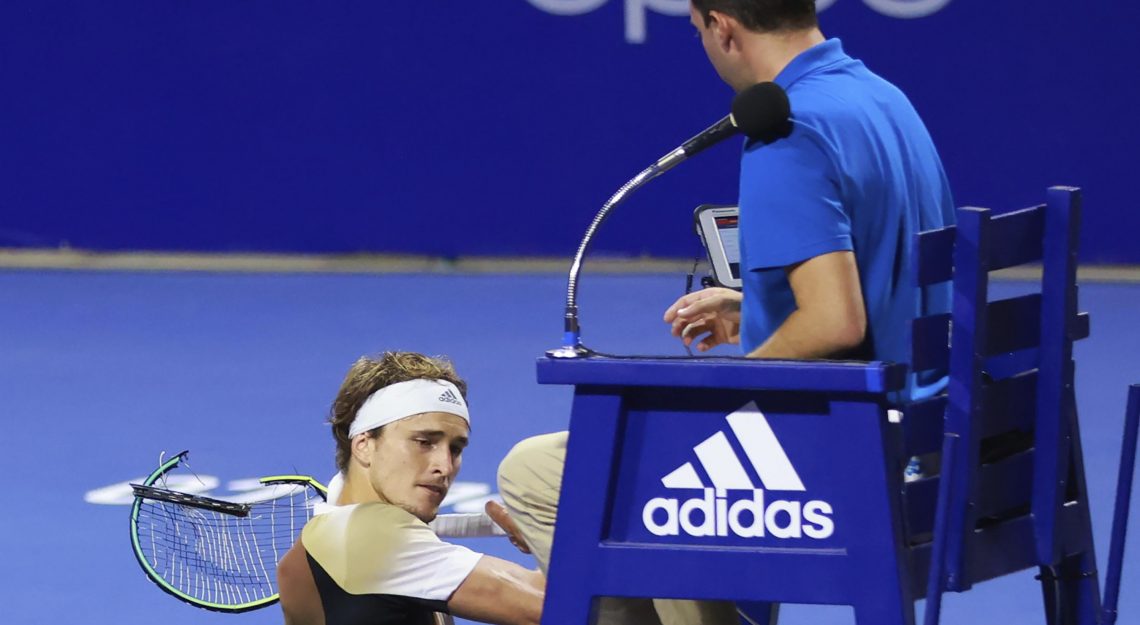 Tennis is, without a doubt, one of the most high-pressure sports in the world. The players take part in a relentless tour, often coming up against the same faces time and time again. This can be problematic for players with a short fuse, as it does not take much for the frustrations of a previous loss to boil over into a new match-day. For that reason, the meltdown that Alexander Zverev suffered during the Mexican Open should come as no surprise.

A fiery character at the best of times, the Olympic champion was given the news that he would face an 8-week ban if he reacted in such a way again. This would last for a 12-month spell, with the Russian now very much on thin ice. On top of that, a suspended fine of $25,000 was imposed on him alongside a fine of $40,000 as well as a forfeit of his prize money.

The decision to react in such a way, though, left the number three ranked player in the world with a fair amount of embarrassment. As he prepares to move on from the incident, Zverev was blunt when he said that it was the worst moment in his life – and the biggest mistake of his career so far.

What did Alexander Zverev say about his Mexican Open meltdown?

Speaking about his reaction on the day, where he struck the chair of the umpire, Zverev was  clear that e regretted acting in such an out of character way. About this, he said: “It still is embarrassing for me now. Walking around the locker room, it’s not a nice feeling. But we all do mistakes. I’m also a human being, and I can guarantee you I will never act this way again in my life. It was definitely the worst moment of my life.”

When asked about what he has been doing to try and improve his behaviour on the court, Zverev noted a combination of meditation and self-reflection was going to be required. Speaking about the incident, Zverev said: “I’ve been doing work, meditation-wise. I think there are stress situations in everyone’s life where stuff like this happens. I’m not the first, I won’t be the last for something bad to happen on the court.

“I know who I am as a person and this doesn’t reflect on me. I have played until 5am the day before – the same day I went back to play doubles.

“I am somebody that gives it his all on the court. I think a lot of top singles players would have maybe come out to the doubles court and if they would have lost the match, they would have been fine with it. I would have never physically harmed anyone.”

Zverev, though, also admitted that a repeat of such actions would mean that the ATP would have “every right” to ban him from playing for a considerable time. For tennis, and for Zverev himself, fans hope that this is the final incident.

This website is not promoting gambling and it is created for educational purposes only.
Contact me by email info[email protected]
© 2018 One Sharp Gambler
×