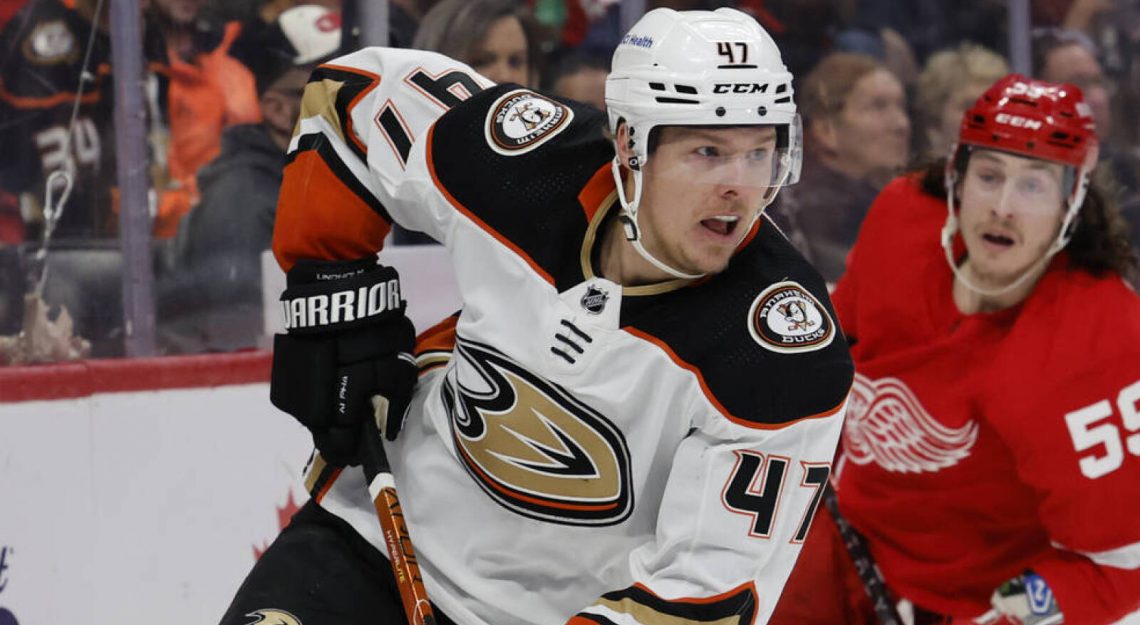 With the NHL trade deadline only a short few days away, fans of the league are expecting a whirlwind period to unfold. With many teams looking to trade up – and a few losers looking to give up assets for long-term gains – there will be some big moves to come in the next few days. Among the most exciting moves being talked about at the moment, though, would be the move for Hampus Lindholm.

The Anaheim Ducks are looking to move on a few players who have expiring deals, and Lindholm is among that number. So, too, is the likes of Josh Manson – who has now moved to the Colorado Avalanche as part of a second round pick deal. The Ducks, though, might be happy to give up top defender Lindholm to start preparing for a future without him in the first place.

As one of the best blueliners in the league, he would make an excellent addition to most teams in the league. A solid defender with a surprisingly varied offensive skillset, too, the 28-year-old is in the prime of his career. As such, the fact several teams are happy to make a trade for him tells us all that we need to know about how highly he is rated.

One team rumoured to be keenest to make a move for Lindholm a reality is the Boston Bruins. His affordable contact and the fact he could slot right into the line-up means that plenty of fans are excited about the opportunity for Lindholm to move the move to Massachusetts.

It would be a big move for the team, too, with so many other sides likely to pursue a deal for Lindholm. With the likelihood of a new deal with the Ducks fading by the day, all signs point to an exit come Monday.

What is the asking price for Hampus Lindholm?

At the moment, there is much discussion about whether or not a team will be able to land Lindholm without giving up too much back. The player is out of contract come the end of the season, so giving away too many assets now could be a mistake for some teams. However, the fact that is not agreeing to a new deal with the Ducks and the fact he is on an expiring deal does mean that the cost will need to be realistically set.

At the moment, though, reports around the Ducks suggest they want as much as a first-round pick, a ‘Grade A’ prospect, and another piece. That is a lot to ask for a player who will be available come the summer. It also makes sense, though, given how good Lindholm is – losing him for a pack of cards would be pointless.

So, it sounds like there will be a bit of back and forth as the Bruins try and put together a deal. If they do, it could see something like a first-round pick in 2022 or 2023, a middle-round pick, and their exciting young defensive prospect Mason Lohrei. If it gets Boston over the hurdle this year, though, it might be a price worth paying for a shot at the Stanley Cup.